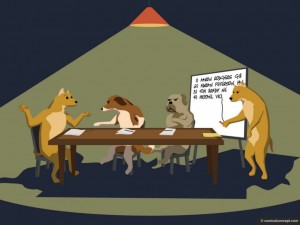 It’s that time of the year again, tomorrow begins the first official NFL Sunday, and I couldn’t be more ecstatic.  It’s when us fantasy football nuts come out of the woodwork, and trust me there are many of us.  According to 2010 statistics, fantasy football is an $800 million industry, with over 22 million participants.  Initially you only think of the costs involved with initial league fees, but there is so much more!  There are pick’em pools, suicide and survivor leagues, draft kits, premium stat tracker tools, and even the cost of legally insuring your fantasy players should they suffer a season ending injury.  What happened to those days of checking your players fantasy statistics in the local newspaper?  You may ask yourself how this relates to personal finance, and for most it might be very little, but I know I have personally blown my household budget on fantasy football expenses.

League fees can be astronomical, I’ve known them to be as high as $1,000.  Luckily for me the more significant amount I pay is $50 for a league, though I do have three different leagues so it adds up!  To take this a step further, I have a league that charges you an additional amount for adding players throughout season as well. Unfortunately we can’t budget for our potential league winnings, however, we can budget our expenses!

Many of us fantasy football nerds remember the fall of Tom Brady in 2008.  Injured in the first game and out for the remainder of the season, not to mention how quick we were to draft Mr. Brady after his elite 2007 season.  It was estimated that his injury alone shifted $150 million worth of fantasy football winnings.  Think of those years when Larry Johnson and Shaun Alexander dropped off the fantasy football map, or perhaps the unexpected injuries that plague Peyton Manning this season.  Enter the unlikely expense you would’ve ever considered, fantasy sports insurance.  For a percentage of your league fee you can recoup said entry fee in case one of your top picks become unable to play early one.  Crazy? I don’t know.  My highest league is $50, I can handle that sort of risk, though if I had $1,000 on the line I might consider it.

Despite the expenses mentioned above, the opportunity cost of fantasy football to both businesses and individuals is a bit more eye opening.  It’s estimated that companies lose out on nearly $1.5 billion in lost productivity, far more than the $800 million dished out in actual cash.  I can remember a story of 5 senior executive that were fired from their wallstreet firms a couple years back because they were forming a fantasy work league.  Their opportunity cost to play fantasy football equates to the lost wages in between jobs, and the possibly differential in compensation.  About 30% of all fantasy football managers monitor their team on company time.  Even though fantasy football isn’t considered an illegal form of gambling, it’s no surprise that corporations are cracking down on them.

As you can see there are about 100 different ways to spend money this football season.  From going out to the local pub to watching your fantasy players tear up the boards, to the entrance fees, and possible insurance of your key players, it’s a recipe for breaking the budget.  Make sure you monitor the cash you pay, and stay responsible at work.  We all love to have fun, and not many are more die hard fantasy footballers than myself, but let’s not alter our financial health over it!