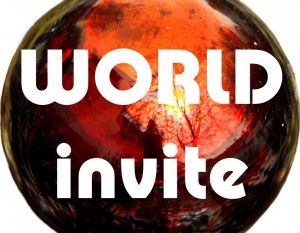 This post may seem a bit unusual for a personal finance blog, in fact it may seem like Money Is The Root has gone life coach on you!  Let me reassure you that it’s still all about the money over here.  However, I wanted to take this time to tell you, in a slightly vague way, about the recent loss of income I have incurred.  I have my various reasons for not disclosing how I made this money, though rest assured it was legal, but for once I value my privacy on this matter.

I have an excellent job, making excellent money, and have a multitude of very realistic possibilities for moving up within my career.  There are many that aren’t as fortunate as I am.  That being said, it was about 14 months ago that I discovered there was something other than my career I was truly passionate about….blogging!  I spent months getting acclimated to the simplest blogging tasks, like scheduling a post for the future, or changing the insertions on my sidebar. But then the passion for writing came along with it, and one I haven’t lost even now, despite the obviously lower frequency in posting you may have noticed.  I’ve focused a great deal of time turning blogging into a fruitful business over the past year.

The first six months of blogging were the purest for me, and by pure I mean without compensation.  However, it was late June/early July that I was presented with ways to profit from blogging.  Let’s say that for such a minimal investment, $100 hosting, $10 domain registration, the return on investment was higher than I had ever seen in the corporate finance world.  Over the next several months I would actually form an LLC, have a strong and growing client base, as well as seek out and acquire other blogs for my own personal use.  I was very opportunistic, and with every additional client, and each additional blog I took ownership of, I saw my online dollars grow.  I won’t lie, I had grandiose plans for where I could take the business, and for the money that came along with it.  The investments I could make, house on the lake I could purchase, early retirement in less than the previously distant future.  This all seems like putting the cart before the horse, doesn’t it?  But for someone who already makes pretty good money, duplicating the same amount as your day job is a pretty hefty raise, and I was well on my way.  That is until last week.  Something scary and beyond my control squashed my dreams into oblivion.  I won’t mention what or who it was, though some of you knowledgable people out there can probably guess.

It’s been merely a week since I was faced with sheer blogging disaster.  It’s certainly too soon to say if the money is all gone, though I know enough to say it will severely decline at the very least.  I can feel pity, anger, depression, and overall sadness that 14 months worth of my work is down the drain….but is it?  My blog traffic is growing, my readership is becoming more loyal, and I am ready to overcome the adversity that was thrown at me.  I think I can still make a lot of money blogging, I think I can still grow an online business and make it more profitable than I even thought possible before.  I could give up like I almost did 100 other times in the past year, or I could simply rebuild and regain what I lost.  I once thought it impossible to lose my job.  I was absolutely certain that I was too young and well educated to ever be thought of as disposable.  A couple years ago I found out just how wrong I was.  Last week, I found out that I was just as disposable in my own self-employed online business as I ever was at my day job.  When I was faced with adversity two years ago, I went out and found a better job, with better pay and better opportunity.  If I could do it then…why not now?

Tell me, have you been faced with adversity lately? How did you overcome it? I, and other, could use the inspiration.